Home » Articles » Did you know your laptop exposes you to more UV radiation?

Did you know your laptop exposes you to more UV radiation?

We are all aware of the dangers of sun exposure, including UV radiation and potentially life-threatening skin cancer and melanoma. Are you also aware of how screens expose you to UV radiation? Here is what you need to know and how you can make your work and leisure time safer.

Few of us really consider how our screens can actually reflect the sun’s UV rays. If you are using your mobile, laptop or tablet outside on a sunny day then you can actually bounce the damaging rays right in the direction of your face which is one of the areas most prone to skin cancer and melanoma. Exposure to excessive UV radiation is one of the causes of skin cancer and melanoma, so it is really important that we limit UV radiation where possible.

The apps and services on mobile phones and devices are designed so that glare isn’t too much of a problem, this means that we often overlook the fact that our screens are reflective. Two scientists were interested in how much UV radiation was reflected back from our screens and so they decided to investigate it with a small study.

Logue and Zlotoff conducted their experiment in a field in Albuquerque. They fitted a mannequin’s head with a UVA/B meter and positioned it in front of a stand in such a way that any device on the stand would mimic the angle that would be used if the mannequin was an adult looking at the stand. During the trial, they used a variety of devices and even a magazine.

In the first trial, when the distance was greater they discovered that an open magazine increased the UV exposure by 46% compared to the empty stand, when an iPad was used the exposure rate increased to 85% and when an 11-inch Macbook was used this increased to 75%.

Handheld devices are such an important part of our daily lives that limiting our usage isn’t always possible. However, the results of this study show that we must be extra vigilant when using devices outside. Find ways that will keep you protected against the dangers of skin cancer and melanoma: If you are using a device outside then be sure to use sunscreen on any exposed areas of the face and neck, and remember to reapply every two hours. 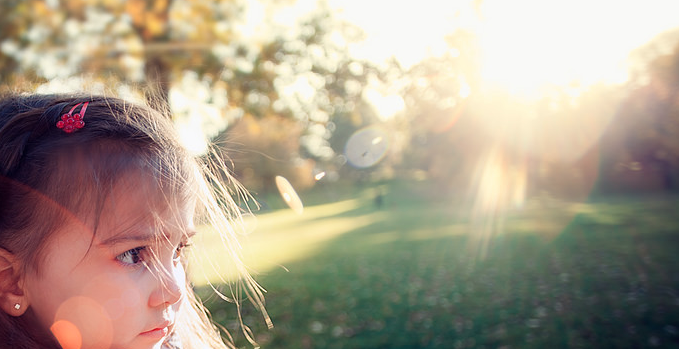 8 ways to get your vitamin D (without risking skin cancer)

4 min readWe all know that vitamin D is pretty essential to our health. It helps our memory function, our immunity and can even improve your mood. But what we also know is that the […]

How to treat oily combination skin?

4 min readCaring for combination skin is a challenge. With more than one skin type to consider, it takes more consideration than just slathering one product all over. It can be even trickier when your […]

How to get healthy skin: skincare 101

10 min readSkin health can sometimes seem like an elusive goal only attainable through secret potions and expensive creams. But the keys to healthy skin are often more obvious than we may think. In this […]

How to get clear skin fast: three trusted home remedies

5 min readSome days our skin simply won’t cooperate and we have no time to deal with it. All we want when this happens is a quick solution that can get us on our way […]

Skin cancer fatigue: what can you do?

4 min readWhen we take a look at public communities like Patientslikeme, it shows that one of the most common symptoms of a skin cancer diagnosis is fatigue. Skin cancer fatigue is, therefore, something that […]

4 min readMost of us will experience oily skin at some point whether it is related to the hormonal changes of puberty or menopause or just because our skin is generally more oily than normal. […]

Foods for healthy skin: what you should eat

5 min readBy now, we are all well aware that what we put in our bodies plays a large role in our body and skin health. The old adage “you are what you eat” rings […]

How to keep a healthy skin in the summer

2 min readIn most parts of Europe, people are currently enjoying plenty of sunshine as the summer is coming closer. But the sun hasn’t shown its full potential yet. So, how can you enjoy the […]

5 min readSensitive skin can refer to anything from occasional redness to skin issues such as eczema or rosacea. At its most basic level, sensitive skin is a general, non-medical term for skin that easily […]