Melanoma is categorized in the same way as other cancers and organized into “stages.” Stage 1 and 2 melanomas are considered the earliest and most treatable type and are categorized by working out how deep the melanoma has penetrated into the skin and surrounding tissue. These can usually be treated by surgery, where the cancerous mole is removed and tested to ensure it hasn’t spread to lymph nodes. Typically, this is the entire required treatment for early melanomas.

These images give you an idea of the characteristics you may look for in your own moles, and represent moles that may not appear harmful on the first inspection, but do require investigation. These moles have mostly changed shape, size or color and have therefore been considered unusual or suspicious. 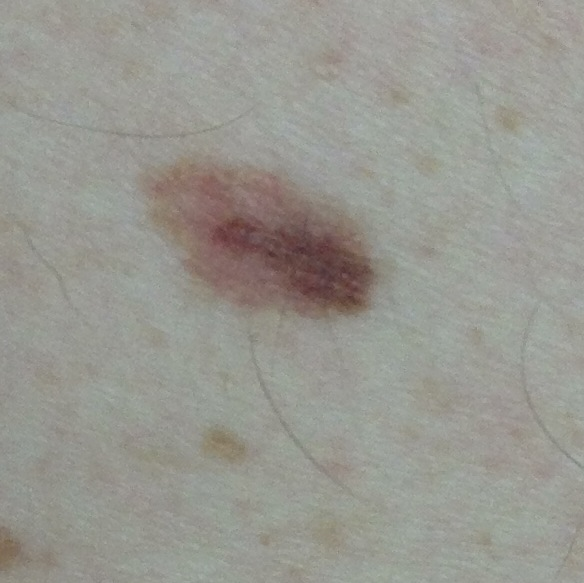 This mole has the typical two or more colours and is asymmetrical. These signs indicate a mole is undergoing change beneath the surface of the skin. 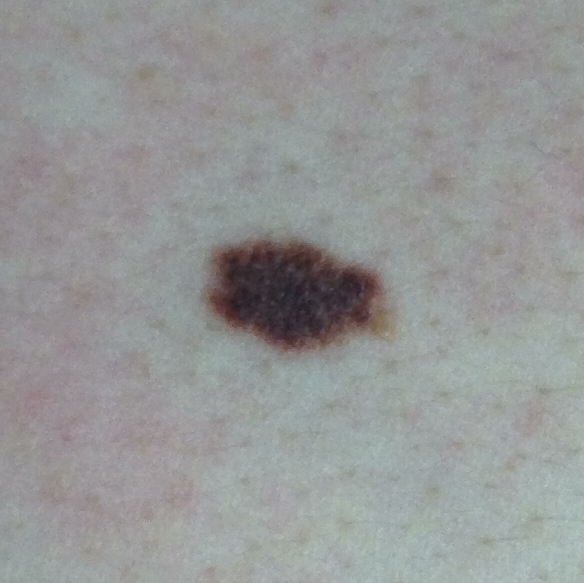 In the picture above, you see a mole with very ragged edges and a deep dark color. It is also larger than other moles. When a mole is a deeper shade, it can be much easier to spot.

Several signs indicate that you might have early skin cancer melanomas. With careful monitor of your skin, you will be able to notice them:

You can spot these signs by checking your skin at least monthly and by documenting and photographing any moles you already have to watch for small changes that may not be visible to the naked eye.

If you have any moles you are worried about you should take photos and use these to document how it changes. You can then share these images with your doctor to help in diagnosis.

How can you prevent getting the most dangerous skin cancer?